A zombie date is always a great listener. 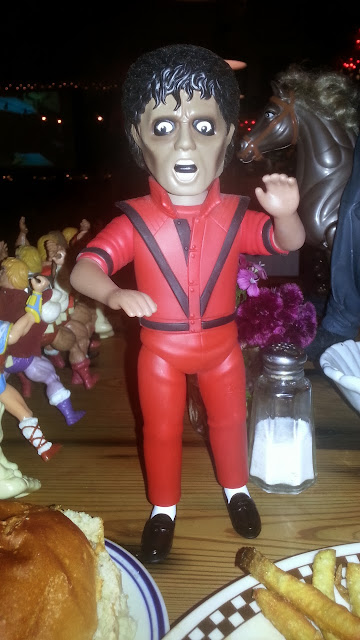 Max was at the wheel while I rode shotgun, literally; the 12 gauge pump action nestled in the crook of my arm.  Sitting in the rear of the SUV was young Enrique and his girl Lydia; a Canadian refugee.  Our Range Rover was at the head of a four vehicle convoy loaded with 15 militia fighters armed to the teeth and ready to rock.  At the GPS’ insistence Max took us off-road.

Last night a surveillance drone had spotted a horde numbering at least 50 deep in the swamps just off the Jersey turnpike shuffling it’s way east about 50 miles from the Lincoln tunnel.  It felt funny calling a few dozen zees a horde with the early days of the Zombie Dawn still fresh on our minds, when hordes a million strong swept over entire states.

The commander of the Manhattan Safe Zone ordered an immediate airstrike; fighter planes out of Laguardia Airport rumbled over midtown.  Overnight they lit up nearly a hundred acres of Jersey marshland.   At first light we received our orders.   The mission was simple; recon the blast zone and terminate any zees still shuffling our way.  With the amount of ordinance dropped on them we weren’t expecting to find more than some twitching, squirming charred limbs littered across the blast site.

As the convoy approached a clearing the familiar stench of roasted shufflers assailed us and we could see a thick cloud of dust and smoke hanging over the smoldering swamp ahead.

“Let’s pull over Max, were gonna troop it from here.”    I eyed him as he pulled the Rover to the side.   He seemed ok even though I could smell the whiskey stink seeping from his pores.   Not one for subtlety Max pulled out the flask and took a swig.  He noticed me watching him and offered me some,  I declined.  Max had been drinking way more than usual since losing Connie but I couldn’t come down too hard on him; there probably wasn’t a survivor on the entire planet who wasn’t hitting the bottle, the pills or the harder stuff to help cope with the horrors of our new reality.

We spread out five yards apart from each other and moved forward in a parallel advance over the scorched terrain.  The smell was awful as we stepped over chunks of fried zees.  Even through the smoke gruesome evidence of last night’s carnage was spread out at our feet for hundreds of yards.
“It’s like a fucking barbecue pit, Hollywood.  Ain’t nothing living through this shit not even the undead.”  Enrique told me as he tied a hanky over his mouth.  Hollywood was the nickname I picked up more than ten years ago on the morning everything changed.

“Well we’re about to find out.  You getting all this Lydia? I asked her.  She nodded affirmative as she recorded the mission with a camcorder for the people back at command.  I stopped our advance.  “I guess right here’s as good a spot as any.  Form a perimeter around me while I set up the beat box.”
I used my field shovel to dig a two foot deep hole in the dirt.  I activated the beat box and buried the football sized device.  After a few seconds the box began emitting a steady low percussive tone and we could feel it vibrating beneath us; right through our toes up to the base of the skull.  The beat box’s pulse had a range of over a mile and was like catnip to zombies.  It was said it duplicated the effect of a thousand hearts beating in unison and it could draw zombies out faster than the scent of a bath tub full of fresh blood.

“It looks like the air force did a pretty thorough job.  I doubt were going to have much zee activity homing in on the box.  So let’s get this over with.  Lydia, Reek and James hold down the immediate beat box area.  As for the rest of you all; pair up, spread out and sweep the blast zone but good.  I don’t wanna leave one filthy bit of zombie still moving this close to home, not even one twitching little pinky.”

Of course Max and I paired up, we’d been bros-in-arms since the opening moments of the Zombie Dawn ten years ago.  We were just strangers on a bus back then and so, so young.  It’s funny after all that’s happened how the little details still stick with you.  I was on my way to waiting tables at the Chelsea Diner.
After my shift I had a callback for a great part in an indie film with really good buzz.  I was so psyched for the audition I was acting out my part on the crowded bus ride from Maspeth to the 7 train; caught up in the moment I didn’t realize how loud and animated I was performing my lines.  After a few minutes I looked around and most of my section was suddenly empty; the other riders jam packing themselves into the front and rear ends of the bus while glancing at me nervously like I was the local psychotic skitzo.  Everyone but a young couple sitting right across from me.


“That was so awesome!  You’re definitely going to get the part.” A pretty blonde I would later learn was named Connie complimented me.
“Damn dude now I gotta wait for the movie to come out to find out what happens next.  It’s a play or movie you’re rehearsing right?  Aw shit don’t tell me you’re off your meds or something?”  Max asked.

They were just a young couple rushing to Grand Central station to catch the 7:05 to Schnectady to visit her parents for the weekend.  In a kinder universe they would have made that train upstate and Max after sharing a few scotches with Connie’s old man would ask him for his daughter’s hand in marriage.  In a kinder universe after an uneventful shift at the diner I would nail my audition and get the role that would launch my career.  Then many years later while watching me on some late night talk show promoting my latest release Max and Connie would be sitting on their couch telling their kids how they met me as a young waiter practicing my lines on a city bus.

The last leg of the Q57’s route before it reached the 7 train into Manhattan ran right along the length of Calvary Cemetery; unfortunately, in the universe we had the misfortune of inhabiting, the Q57 would never reach its destination.

The bus riders groaned in annoyance when the traffic stalled ahead of us.  In the early morning light it was hard to see what was keeping us but I could see some frustrated commuters getting out of their cars to investigate.   In the chorus of blaring car horns and cursing drivers I almost didn’t notice the first screams.  Suddenly the screaming outside intensified and we could see some sort of commotion out there; figures appeared to be fighting in the low light.  Drivers stuck in the traffic ahead abandoned their cars and ran off through the streets.  As panic on the bus ensued the couple and I pushed our way to the front to see what was going on.  As the day brightened and I looked out the bus’ front windshield I saw the world change. 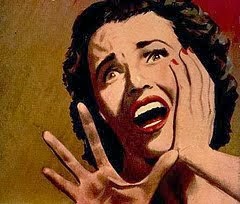 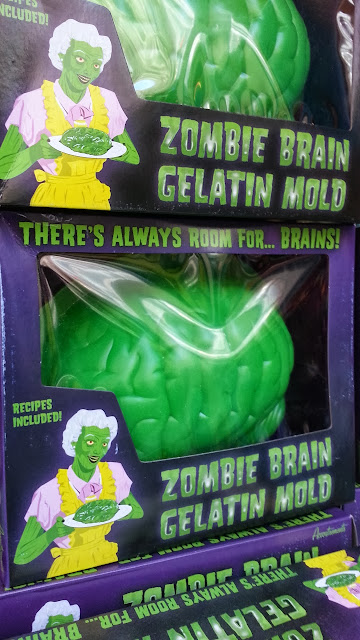 "Another The Walking Dead premiere.

Another all-time record.
Sunday’s zombie drama return delivered a huge 16.1 million viewers and an even-more-stunning 8.2 rating among adults 18-49. That’s up 30 percent in the demo from the show’s previous high (the season 3 finale)."
to read this article click on the link above...
at 10:44 PM No comments: