COCKNEYS VS. ZOMBIES comes out in the UK AUGUST 31

This is the opening credits sequence created by Gianluca Fallone.

I really like the poster art for this movie too. Check it out! 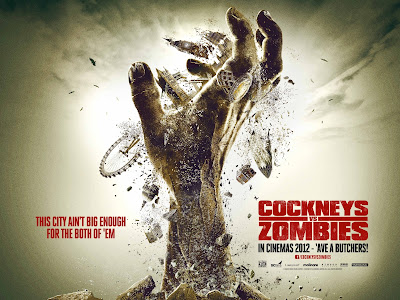 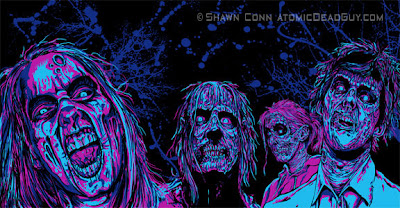 
Can you imagine if the diocese of New York decided to write the Mayor to have zombie walks banned?

There would probably be the biggest zombie walk ever straight down 5th Avenue in Manhattan to protest that decision.

Zombie walks just like other forms of non-violent expression are protected by our Constitution. More specifically, by the first amendement of our Bill of Rights: "Protects the freedom of speech, freedom of religion, and freedom of the press, as well as the right to assemble and petition the government".

Unfortunately this isn't the case in other parts of the world. Recently a zombie walk was banned in the Russian town of Omsk at the request of the local diocese.

"The administration of Sovetsky district of the city of Omsk aren't allowing the Zombie Walk after representatives of Omsk and Tavric diocese wrote them a letter condemning such events, noting its negative influence on the public. I fail to understand how the diocese can influence the authorities decision," the zombie walk organizer,Mikhail Yakovlev, said.
The city of Omsk says that they are denying permission for the zombie walk due to infringement of the terms of notification and lack of organization. The diocese there says that the scenes with bloody clothes could harm the mental health of nervous citizens and children. Finally, the organizers of the Omsk Zombie Walk  feel that the church is interfering with matters of the state, criminal cases and cultural issues.
What do you think?
Could zombie walks harm the public's mental health? I personally don't think so. After all, we have a holiday called Halloween where people dress up as all sorts of horrific creatures for fun, just like a zombie walk.
I feel like zombie walks are entertaining and a great way for like-minded people to get together. It's like being part of a club where the only requirement for membership is to have fun an be social. However, if  more situations like this arise I think zombie walks could quickly and easily be transformed into marches solely for political reasons or into protests. I would hate to see that happen.
It would be nice to see zombie walks thrown for charity or to support good causes. I don't want the fun to be taken out of zombie walks, that's all I'm saying.
I hope the organizers in Omsk get their zombie walk.